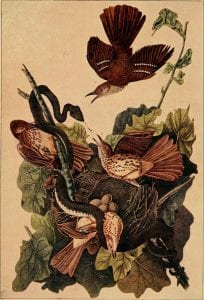 I Know Why the Caged Bird Sings by Maya Angelou has exceeded my expectations because of how well Angelou crafts her story. In fact, I’m interested in analyzing the way she takes on the perspective of herself as a child. The innocence of Maya’s character takes an emotional toll on the reader because of how she writes about getting sexually assaulted by her Mother’s boyfriend, Mr. Freeman when she was only 8 years old. It’s infuriating that he is taking advantage of Maya’s naiveté by threatening to kill her brother, Bailey if she dares to tell anybody. Angelou brings her childhood perspective to the light when she writes, “Could I tell her now? The terrible pain assured me that I couldn’t. What he did to me, and what I allowed must have been very bad if already God let me hurt so much. If Mr. Freeman was gone, did that mean Bailey was out of danger? And if so, if I told him, would he still love me?” (Angelou 80). It is heart-breaking to read about how she fears God’s anger over what happened even though she was the victim, and now she scared to tell anybody about the horrible suffering that she went though because she loves her brother so much. These thoughts embody Marguerite’s innocence to the big, bad world that she isn’t even completely aware of.

Angelou describes most of the story in the perspective of herself as a child, but she also includes reactions to her childhood experiences as an adult. It’s easy to tell when she switches perspectives because of the sophisticated diction that suddenly pops out in a background of simple language, but the transitions are pretty smooth, probably due to the fact that it is the same girl talking despite so many years in between. This is evident when she writes, “I couldn’t understand why he wanted to kill my brother. Neither of us and done anything to him…The act of rape on an eight-year-old body is a matter of the needle giving because the camel can’t. The child gives, because the body can and the mind of the violator cannot” (Angelou 77).  This is impactful because it shows her innocence towards the event at the moment and an explanation from her looking back at the event with maturity. The diction may be completely different, but both perspectives are powerful in their own ways. I look forward to see how her story unfolds in the chapters to come. 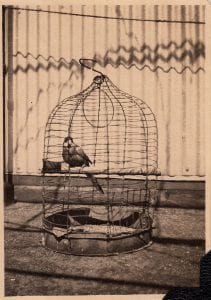 Only 38 pages in, I can already tell that I Know Why the Caged Bird Sings by Maya Angelou will not be a disappointment despite the tedious title. I like how Angelou is able to craft her story about growing up as a black girl in the South without being cliché. She establishes a personal connection to her readers with a casual but genuine tone. To be honest, most of the language Angelou uses is rough, but she occasionally tucks tidbits of beautiful writing in. These nuggets are like the precious but fleeting moments in life that keep us going. I appreciate how she doesn’t over-emphasize the discrimination that her family encountered. Rather, she seems to take on a matter-of-fact tone when describing the discrimination, showing that it’s very common in her daily life. Her subtlety and attitude in conveying this aspect creates a great effect. Despite the fact that the story is about a black girl in the South during the Great Depression, Angelou helps readers with different backgrounds connect back to the story by maintaining the importance of family. She describes Bailey as the perfect brother that she was lucky to have, but also addresses the flaws that come with living with her grandmother. At the end of the day, she can always depend on her family to help pull through hard times.

However, I don’t like how Angelou introduces many characters and nuances to her story immediately because that can be overwhelming. Her unique diction can be difficult to follow, especially because this book has been around since the late 1960s, but I’ll just take it as a brain exercise. Sometimes, the plot moves slowly and it can be difficult to stay focused, and I have to remind myself that patience is key. Then again, I’ve only read a little bit and I’m sure that the story is going to unravel in a great way.